The PocketShip sole is finished. Yes, it was a pun and most likely qualifies as a dad joke. Insert pained groans here…

I started this morning with extra coffee and jumped into routing the additional wiring headed aft through the conduits. The floor sections that needed passthroughs were drilled out and then I had to figure out how to get the process started as a one man show. I took some spare rope tied a big knot in one end and placed it in one of the conduit sections.

How do I get things from one end to another? You can’t push a rope. You can pull it though – with air. I grabbed the Festool vac and placed it on the other end and voila – easy run with one person. I tied off the wires and pulled back. Routing complete on one side. The last run had two sets of wires, the stern light power and the NMEA 2000 backbone drop. That one pulled easily the same way. I added a terminating resistor onto the end of the backbone as there is nothing planned for the moment but I have already run the backbone if I need anything else tied in around the transom.

Once the wires were routed I was able to finally do proper installation of the floorboards. I almost nailed the calculation on screw counts but ran short of a few of the shorter lengths. I had enough to move forward and add a few later.

I’ll cover the sole I had waited quite a while again to see installed in preparation for epoxying the footwell and deck panels. I’ll also remind myself to watch my head when standing there. I bonked myself today on surfboards and the garage door opener. Reduced head clearance is back in effect. 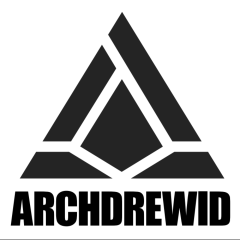 Renaissance man eternally trying to learn everything as he ambles through life View all posts by Drew
Skip back to main navigation
0 0 votes
Article Rating
Subscribe
Login
Please login to comment
0 Comments
Inline Feedbacks
View all comments
wpDiscuz
0
0
Would love your thoughts, please comment.x
()
x
| Reply
%d bloggers like this: